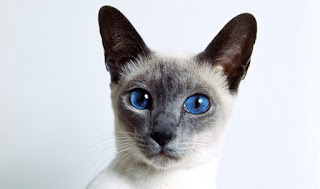 Lilly and Lula – always pronounced “luler” by family members- were two ancient old ladies I was somehow related to. As a child, I never really understood the exact relationship, but we used to go visit them regularly on a Sunday afternoon when my grandmother Ruby was in town.
I don’t have any surviving photographs of these two ladies, so my memory will have to suffice: Lilly, the younger of the two and Lula’s daughter, was very slender, frail and delicate. Fine boned. Well proportioned, pretty. She had a beautiful face, with lovely fine cheekbones, pale clear skin, and slightly wavy gray-white hair cut in a pageboy style that fell just above her shoulders. Lilly had large clear light blue-grey eyes, the appearance of which was made even larger by the intense magnification of her spectacles – rimless with thin gold arms- that magnified them on her face. She was a china painter, Lilly was, and she did other crafts – sewing, crocheting, china painting, gardening, cooking – and she looked, to me, just like a Dresden figurine. Even in the 1960’s, she always wore simple classic A line skirts, a crisp shirtwaist style blouse, and lace up brogues. (My own grandmother wore shapeless calico cotton dresses I call “the Eleanor Roosevelt look”.)

Lula, I think, was Lilly’s relative, but here’s the confusing part: We visited this pair bc they were relatives of Ruby’s. I think Lilly was either a cousin, or else Ruby’s half-sister….I was a little child when I knew them, and the relationships were not clearly explained to me. The thing is, Ruby hated her step-mother, and Lilly did, too. They would tell stories from an obviously a shared childhood about how evil the step-mother was – in front of Lulu, while she was sitting there, and she was not a vegetable or anything, but it was clear from the stories that Lulu was not the evil stepmother. So was she Lilly’s mother, and Ruby’s aunt? Or was she Lilly’s mother-in-law?

The story I remember most involved a Christmas when they were little girls. There were a dozen kids in the family, and each child had only received one gift. The gifts appeared to be randomly handed out, or else had gotten mixed up – a toy truck for a teenage girl, a pretty dresser set (a tray with a hairbrush, comb, jewelry box, perfume bottle, etc) for a little boy.  Lilly and Ruby had tried to right the situation by organizing a gift swap amongst the kids, so each child got a gift that was most closely associated with his or her age, gender, and interests. Somehow, the evil step-mother got wind of this, and made them all trade back, which made everyone miserable and all the children cry. This made her even madder, and she took it out on Ruby, especially, and sent her to bed without her supper or grounded her or something like that. Both Lilly and Ruby told the story together, each filling in the other’s roles in the tale.

Whoever Lulu was, she was absolutely ancient. Keeping in my mind that my grandmother and her siblings were born in the 1890’s, Lulu must have been 20-30 years older than that. I know she was well into her 90’s when I met her. She had long snow- white hair piled high on her head in a tight bun.  A few wispy tendrils escaped and suggested wavy to curly hair, thick and luxuriant. By the time I knew her, Lulu was in a wheelchair. The little bit of skin I could see, mostly her face and the backs of her hands, were mottled with age spots and ropey with veins. Why is it that old people start to become transparent? Lulu’s dresses were shapeless and unremarkable, and she piled layers of sweaters and shawls on top of them, regardless of the heat. I don’t remember her wearing glasses, and I remember she had dark, piercing eyes, that seemed to bore right into you. She too, wore lace up brogues, with a 1 ½” cantilevered heel, they all did – that were getting harder and harder to find during this time period. Shoes from the previous century, really, like something you’d expect to see on a Gibson Girl.

Lilly and Lulu lived in a white frame bungalow house in an old neighborhood with enormous trees. No garage, just twin strips of concrete tile in the yard suggested a driveway that had never been used for a car. No one had ever learned to drive. The house had a front parlor, divided from the dining room behind it by a sort of see-through, white painted wood bookcase, room divider. The shelves of this bookcase were filled with tiny porcelain animals of all types which I loved to play with – there was very little else for a small child to do in this house during the interminable hours of a Sunday afternoon that we would visit, and the grownups would sit and talk and talk till it grew dusk. I was always very careful not to break the little porcelain animals, but my playing with the menagerie made Aunt Lulu very nervous. She didn’t speak much – I gather her hearing and vision were largely degenerated, but whenever I got them creatures, she would shoo me away. The irony of this is, they had more cats in that house than I had ever seen altogether in one place in my life. Dozens and dozens of cats, all of them Siamese. I don’t know how they kept the cats from knocking the figurines over- maybe that was Lulu’s entire raison d’etre, shooing curious cats and little girls away from her glass menagerie. I do remember that their entire house smelled pungently of male cat urine. It made your eyes water sometimes, it was so strong. Lilly and Lulu appeared to have grown used to it, but my family would be weeping tears from it after a few hours’ visit.

Does anyone else remember what those old bungalows, built in the 1920’s, were like? Wood floors in the front, in the “good” parlor and dining room. Rooms descending, straight back, without a hallway, feeding off each other. Rolled linoleum or checkerboard tiles in the rest of the house. Color schemes were often soft butter yellow, dull mottled red, or mossy green. A bedroom or two attached, almost as an afterthought, to the kitchen or “back” parlor. One tiled bath in art deco colors for the entire house: black and gold, pink and mint. I spent my childhood in so many houses just like this. The front, “public” rooms were filled with dark store-bought mahogany and walnut Victorian furniture: stiff horsehair chairs, elaborately carved sideboards and “whatnot” cabinets filled with painted china and cut glass. A strange blending of bedroom and family parlor, what we would now call a den or family room. Often, a four-poster bed in the corner, wearing a heavy duty solid color bedspread, and a few all wood chairs, side tables, and a reading lamp. Almost no one had a sofa back here; often the furniture was oak, simple, straight lines, and hand-made.  Only small scatter rugs, if any at all. So many of my relatives, even by the late 1960’s early 1970’s never even owned televisions. They had a radio in the kitchen and one phone, often positioned in a little niche in the wall.

Sometimes, after I am sure I’d worn Lulu down with trying to play with her animal figurines, I was sent to play out in the back yard. It was shady, and a breath of fresh air, but the grass was filled with sticker burrs. The cats, of course, were no fun at all: they perched on top of the refrigerator, or hid under the bed. Then, when it was time to leave, they would suddenly appear and weave in and out between your legs, purring and friendly. So many cats, you never could count or name them all. The prize cat amongst the herd was named Ling, an imperial blue point Siamese male. He would jump into Lilly’s arms and look at you, still except for his long tale, which switched back and forth, back and forth, like a cat clock. My mother always referred to Lilly and Lulu as “the cat ladies”, and our dogs seemed to agree. When we got home from these visits, they would sniff at us excitedly for hours, as if we had visited the most exotic place in the world. We imagined the dogs having a conversation between themselves, about the strange odors of the “cat ladies” house.
Posted by Girl From Texas No comments: