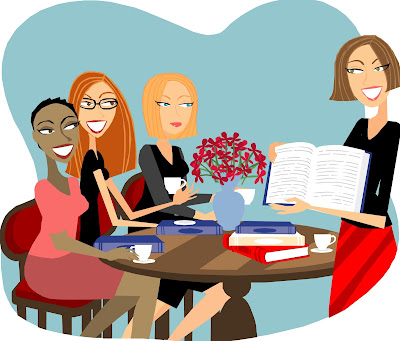 For the past thirty years, I've been involved in several (mostly female member) book clubs. Sure, its a cliche, and we don't spend all our time talking about books, so the title of the gathering may be a misleading misnomer. Essentially, it's a regularly recurring semi-ritualistic female social gathering, which may or may not include references to books, but definitely includes delicious food, wine, gossip, chit-chat, and camaraderie. Previous generations have called these sort of gatherings knitting or sewing circles, Bible study groups, bridge/canasta/mah jong/bunco parties, feminist consciousness raising and bra burning groups, or the Joy Luck Club. Once, looking around the gathering of friends at my table (we rotate who hosts), I realized that what brought all of us together, how we knew each other, stems from the fact that we are all the mothers of sons. It's not just that we are trying to improve our minds in this setting, it's really that we are devoid of female companionship. The books part is just an excuse. In recent years, I have belonged to a "serious" book club, and a "social" one. I have to say - and my entire career involves all aspects of literature: reading, writing about it, teaching it, so you know I love it - I enjoy the "social" club more.
Posted by Girl From Texas No comments: 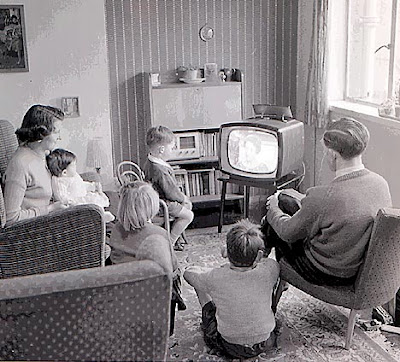 "The Great College Adventure" - Pt I 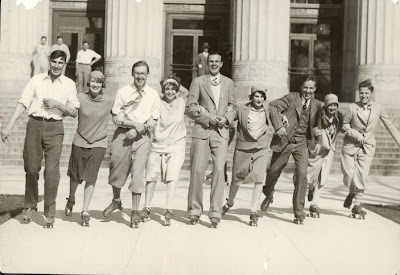 *****
What does Son #1 think about all this ? You can read his blog:
http://strecklife.blogspot.com/
Posted by Girl From Texas No comments:

Another Texas Icon Bites the Dust 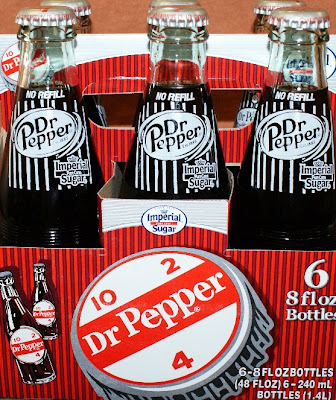 I was watching tv late this afternoon when a news flash broke in to my reverie: "We interrupt your show to bring you breaking news: If you can't beat them, buy them ! DPS, the parent company that owns Snapple and the Dr Pepper brand sodas, has bought the Dublin Dr Pepper bottling plant and laid off 14 workers." Now that might sound like no big deal to the average viewer, but around these parts, them's fightin' words.
*
Growing up in north Texas, I only drank Dr Pepper flavored sodas (when I drank soda at all.). When I was a teeny child, in the 1960's, Dr Pepper was far more prevalent than cola or other types of soft drinks in this area. Neighbor Charlie Norwood's dad had an old-timey soda dispenser in his garage, and all the little kids in the neighborhood would come over with our dimes on Saturday afternoons and buy a Dr Pepper. Cha-clink! the machine would say and then burp out a tiny frosted bottle of tasty goodness. You had to open the dispenser's refrigerator door, and pull the bottle from a vertical holder inside the machine. When we would visit my grandmother on Sunday afternoons in her small east Texas town of Sulphur Springs, she would give my sister and me each a quarter, and we held hands carefully to cross the street to the little gas and grocery store located on the other side. It seemed so far away! This store had wooden floors and a dark crowded interior full of exciting items; it smelled like hot dusty wood and motor oil. We felt so grown up as we selected from penny candy, carefully counting how much we could afford, and then selected a soda from an ice-filled bin in front of the cash register. These were either Dr Peppers or Nehi Strawberry, Orange, or Grape flavored drinks - brown, red, purple, and orange bottles bobbing and floating in the icy water. I didn't actually taste a cola type beverage until I graduated from high school and went on a "grand tour" style European trip, where Dr Pepper was unheard of and only "Coca-Cola" was found - if at all.
*
There is much talk today about the obesity epidemic in America. I watch students walk down the halls of school, their pockets, backpacks and hands loaded with several sodas, candy, chips, and other processed snacks - all in the extra large size. I watch them eat these foods for snacks, for breakfast in the mornings, and for lunch at noon. I think the reason that sodas contribute to students' being overweight is the way that people drink them has changed since I was a kid. Back when these beverages were made with pure cane sugar, they were sweeter. Very sweet, in fact, and that was why they were smaller - you could only handle so much sugary sweetness at a time. People drank one soda a week, or on a special occasion. It was a treat, like dessert. Somewhere along the way, the makers of these sodas switched to corn syrup sweeteners, which are not as sweet, and people started drinking more. People began drinking these drinks to quench their thirst, the way people used to drink water, or iced tea or lemonade. Kids drink sodas now instead of milk with dinner. Fast food restaurants then began making their drink portions larger as a way to boost profits. Think about it: the size you drank 30 years ago, that was called "large" back then, is nowadays called "small". I still get confused whenever I go into a fast food restaurant as to what the different size cups are called. Mostly I just point to the size cup I want. The ones called "large" or "extra -large" sometimes contain a quart or more of drink, and kids drink several a day. They don't know any better, because that's what their parents do, and because these drinks aren't as sweet as they used to be, it doesn't over-satisfy that sweetness craving, the way the old sodas did.
*
Gourmets, foodies, nostalgia buffs and other loca-vores have been seeking out and savoring Mexican bottled Coca-Colas, or Dublin Dr Peppers still made in an old-fashioned bottling plant in the tiny town of Dublin, Texas for years now. Various internet sources also sell vintage soda pops in a variety of regional flavors. Most of these drinks are still made with pure cane sugar and their original formulations (remember the "New Coke" fiasco?) , and are thus much sweeter, more intense beverages than their corn syrup versions. These drinks taste like dessert, which is how they should be included in folks' diets- savored, in small amounts. When my children were little, I wanted them to experience those flavors, and would occasionally buy them one as a treat. We drank milk and later, iced tea, with meals, played a lot of sports, ate balanced diets with plenty of real non-processed foods (closely related in form to the original plant or animal it came from!), and neither of my kids is obese. I wanted to teach my sons to enjoy all things, in moderation. And that there really is nothing as delicious as a frosty cold cane sugar soda pop. Just don't drink 3 or 4 or 5 a day, every day. Savor them, as a tiny part of an overall healthy, balanced diet.
*
I don't know if DPS will stop making pure cane sugar Dr Peppers, but if they let this local food treasure become extinct, that will be a travesty.
Posted by Girl From Texas No comments: 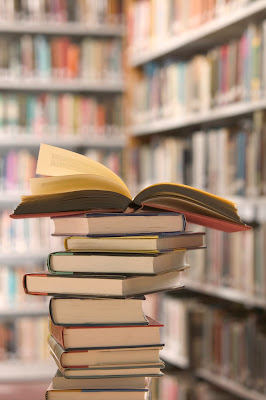