Provincialism in the Purest Sense of the Word 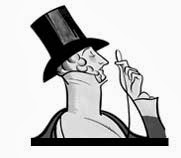 One of my personal pet peeves involves people from other places who think that wherever they live is the only civilized place there is, and while frequently never having travelled to Texas, proceed to tell me all about its pitfalls. I remember once being at a party in Westchester Co (upscale, suburban NYC) with a lot of yuppie types who worked in the publishing and arts industry. One woman said to me, "You must be relieved to move away from the desert." Now, this woman knew I had just moved there from Houston, which has a tropical coastal climate similar to Rangoon, and so I replied, "While I am excited to be in New York, not all of Texas is a desert. Only the furthermost western areas are like that." She countered with,"but it's so close." Now I know, to be charitable, she : 1)had no idea what she was talking about, b)was just trying to make conversation, c)was probably trying to save face, and d) I was feeling ornery. But really? The conversation took a turn for the worse, when she said,"But Arizona is a desert!" To which I replied, "Um, gee, Arizona is over 1000 miles away from Houston !" (1,174 miles from Houston to Phoenix, most of it still in Texas.) I do realize all this poor woman had to go on were her experiences driving from Conn to N.Y. To N.J., and thinking that Texas, N.M. And AZ were of similar scale. But this was supposedly an intellectual, artistic gathering, I was alarmed by her lack of basic geographic knowledge.

It's not just New Yorkers, the ignorance about Texas and Texans is pervasive. Upon meeting my future father-in-law for the first time, he greeted me with a dismissive "Welcome to the big city". He lived in suburban Washington, D.C. at the time (population 632,323 including suburbs) and I lived in Dallas-Ft Worth (population 6,700,991 including suburbs- 4th largest urban area in America, and ten times that of Washington, D.C.) Now I do know that Washington is the Capitol of the U.S., and thus truly the center of the world (to Americans), but a more accurate greeting could have been "Welcome to our nations Capitol!" or "Welcome to the center of the universe!"

Once when I was in consumer sales I was at a corporate meeting in Cincinnati Ohio. All the young sales managers got into a heated argument at a bar one night over who was the most educated and spoke most eloquently. The conversation quickly turned from trying to out rhetoric each other, into ridiculing each other...There were many insults aimed at various regional dialects, even though most of us had worked diligently to lose the one we were born with. (Who decides which regional dialect sounds the least educated? Why is a New Jersey or Alabama dialect considered more intelligent than a Texas accent?) As the evening progressed, tempers heated up, and I found myself defending my use of the word "stuff" by quoting Shakespeare :

"We are such stuff as dreams are made on, and our little life is rounded with a sleep."

Every one's mouths gaped and their eyes blinked, like fish out of water. They didn't even know what I was talking about.

I do realize that people can't help being ignorant if they are not fortunate enough to travel. I blame the media for perpetuating stereotypes for humor, to make points, as a kind of short-hand for reality. Mainstream media frequently depicts Texans as a bunch of fat, cowboy hat wearing tobakky chewing bigoted uneducated idiots (and our current governor, bless his heart! who can't debate to save his life-along with news stories about teachers being forced to teach creationism as a science, have done nothing to dissuade that) ....However, most Texans I know can explain to you the basic geography and climate of major regions of the USA, as well as quote Shakespeare. Like many states, we have coastlines, mountains, forests, rivers, and prairies. We also have 3 cities that are in the top 10 (in terms of population) for the USA, fabulous universities, museums, airports, art galleries, restaurants, corporate headquarters, telephones, roads, and flushing toilets - just like any place in the western world.
Posted by Girl From Texas 1 comment:

Yes, I Moved Back to Texas for Tex Mex

Tex-Mex is the national cuisine of Texas. (Some would argue barbeque or chicken fried steak....more on those, later. Combined, these three items are considered the "trifecta" of Texas cuisine.) Tex Mex is entirely diffferent from California Mex, New Mexico Mex, or Mexican Mex. Real Tex-Mex is preferably eaten in a run down mom-and-pop local restaurant in the barrio that makes Anglos feel tantilizingly sketchy just to go there. Chain restaurants will do if you are desperate (such as visiting another state and need a quick fix) or if the chain started as a local family owned business and grew. Tex-Mex is beef-centric, corn-based, and uses a wide variety of spicy peppers(jalapeno, serrano, hatch,red, chili,etc) liberally. The traditional Tex-Mex meal involves enchiladas (always made of corn tortillas, filled with cheese or meat, topped with sauce and cheese, rolled and baked. An enchilada is cheezy and soft and melts in your mouth. You eat it with a fork.), hand foods such as crispy tacos (the semi-circle above, a fried crispy corn tortilla, filled with spicy meat and lettuce, tomato, cheese), tostadas or chalupas (fried flat corn tortilla, layered in refried beans, lettuce, tomato, and hot sauce), rice and beans. You drink iced tea or margaritas with this meal.

There are many other menu items in the traditional Tex-Mex menu, such as burritos (large flour tortilla filled with beans and meat, rolled, eaten with fingers dry), fajitas and street tacos (soft flour or corn tortillas filled with spiced grilled or shredded beef, chicken, or pork, sauted onions, jalepenos, peppers, cilantro, tomatoes), chalupas (a narrow rolled corn tortilla, filled with a small amount of spiced beef and fried. It is about the size of a large cigar.), guacamole (mashed up avacado with hot sauce or tomatoes mixed in), queso (cheese dip- melted cheese and spices, you dip tortilla chips into this), nachos (take the tortilla chips, spread them out onb a plate, layer with beans, cheese, jalepenos, and bake till gooey. Dip in salsa when finished.), quesodillas (2 flour tortillas filled with cheese and /or meat, pan sauted, like a grilled cheese sandwhich) and salsa (see my post on that topic).

Much conversational time and energy among Texans is spent arguing which Tex-Mex restaurant is better, and why. It is not uncommon for natives who have moved away, say to New York or Paris, schedule frequent vacations home just so they can eat the local cuisine. Or move back altogether, for the food.
Posted by Girl From Texas No comments: